Millennium Housing is a non-profit [501(c)(3)] corporation created to provide affordable housing through the acquisition and rehabilitation of mobilehome communities. Millennium's goals are to encourage and empower its residents to take an active role in budget and management decisions; provide enhanced maintenance and services; and to ensure that its communities remain valuable sources of quality affordable housing. 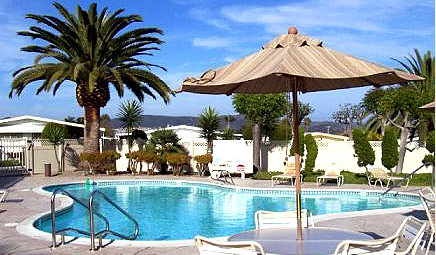 Millennium Housing was formed in 1991 under its original name, Corporation for Affordable Communities and Homes. Millennium grew out of the efforts of mobile home leaders to organize and support mobile home residents in preserving their homes and lifestyles.

Our founding board members included a former president of GSMOL, the statewide mobilehome residents’ association, as well as other resident leaders. For the first several years we attempted to organize residents to buy their own parks as well as acquire parks on the residents’ behalf. We learned that in most cases direct resident ownership is not feasible, so over time our mission evolved into the purchase, rehabilitation and operation of parks as a substitute for direct resident ownership.

In order to emphasize our new focus and strength, we changed our name to Millennium Housing and modified our Board of Directors to include a City Redevelopment Official; a business and charity leader with experience in the securities market and mobilehome park finance; a mobilehome leader who manages City- and Resident-Owned Parks; and a businessman with a background in mobilehome park insurance and management.